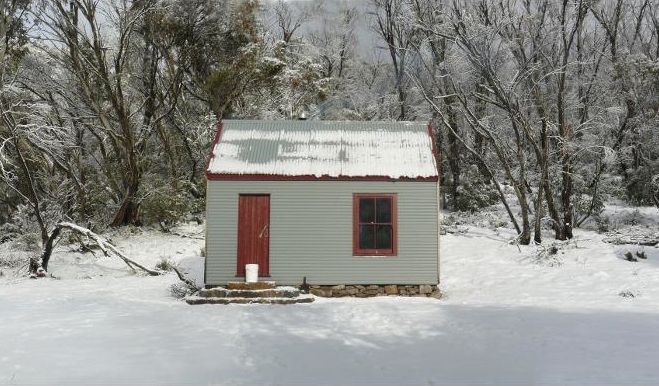 Located in the east of KNP near the Gungahlin River.

The photograph was taken by Olaf Moon during a cycle tour in January 2001 and is one of his favourite hut photos.

Boobee replaced an original hut built in the 1920's which was burnt in 1964. The present hut was the harness shed built in the 1930s, south of the original hut. It was reputedly built by Bill Byatt, a miner, who also built a dam and races nearby.

Jack Cheyney won the land (his last choice) as a booby prize, and moved from elsewhere in KNP.

It is approximately 6.5m by 2.8m in size, with a roof and walls of corrugated iron. Wooden floor, stone hearth and iron chimney supported by external timber poles.

Internally there is a separate sleeping platform.

It is in excellent condition.