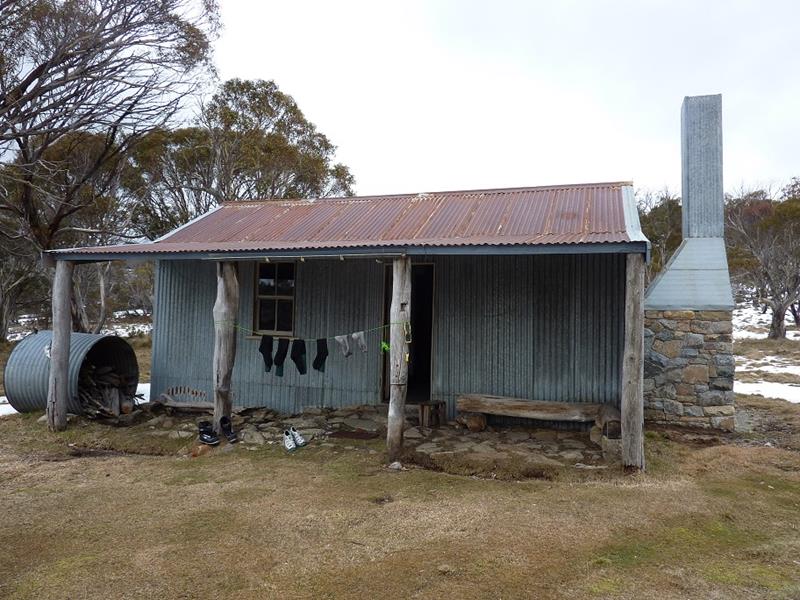 Located on the trail between O'Keefes and the Gungahlin River.

The chimney was rebuilt by NPWS in 2010 and the asbestos sheeting removed.

Also known as Tibeaudos or Mackeys (This spelling is common, but that above is considered correct - reference MLA Peter Cochrane who is married to a Mackay.)

Mackays was built in 1944-5 by Norm and Sam Mackey for grazing. Their lease was ultimately revoked in 1958. The site was first visited by Dr Herbert Schlink in 1926 with Bill and Bob Hughes and a bunch of other horsemen. They camped at the site, where a rough granite fireplace existed - was there another hut hereabouts before?

The fireplace at Mackays is reknowned to smoke, but otherwise the hut with its sheltering verandah is excellent. The photograph of the hut in the snow, at the top of our main web page is of Mackays.

A plaque was erected on the chimney commemorating its reconstruction in 1972. It was removed in a recent rebuild and KHA is working to have it replaced.
photo: Greg Hutchison 2018

Mackays consists of two rooms with iron walls and roof. The floor is of timber and the fireplace of stones, with an iron flue. 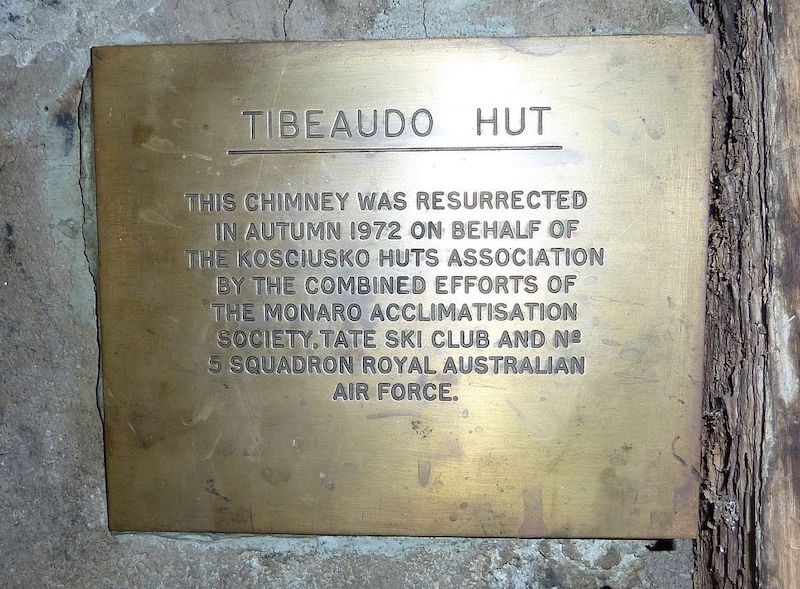