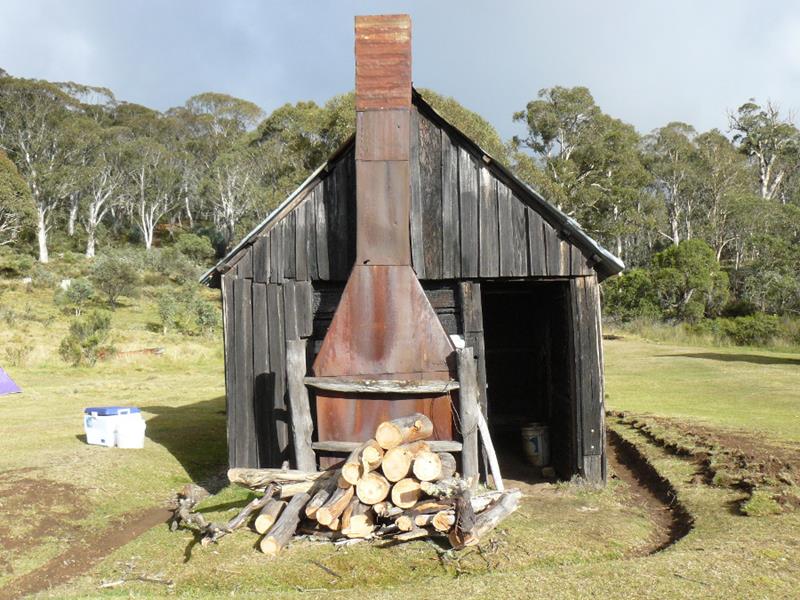 Located on the Tin Mine Fire Trail, about 27 Km south of Dead Horse Gap.

The area has been mined since 1873 for tin, but in 1935 to 1936, the Mt Pilot Tin Mining Syndicate built several huts. All were abandoned by 1938. Carters is the last accommodation hut remaining.

Charlie Carter‚ a hermit and philosopher lived here from 1938. He led a precarious life selling brumby hides and doing a little mining. He died in 1959. His hut, the only one left of the mining huts, was restored by the Illawarra Alpine Club in the 1980s.

For more photos, see the article for‚ Tin Mines Barn