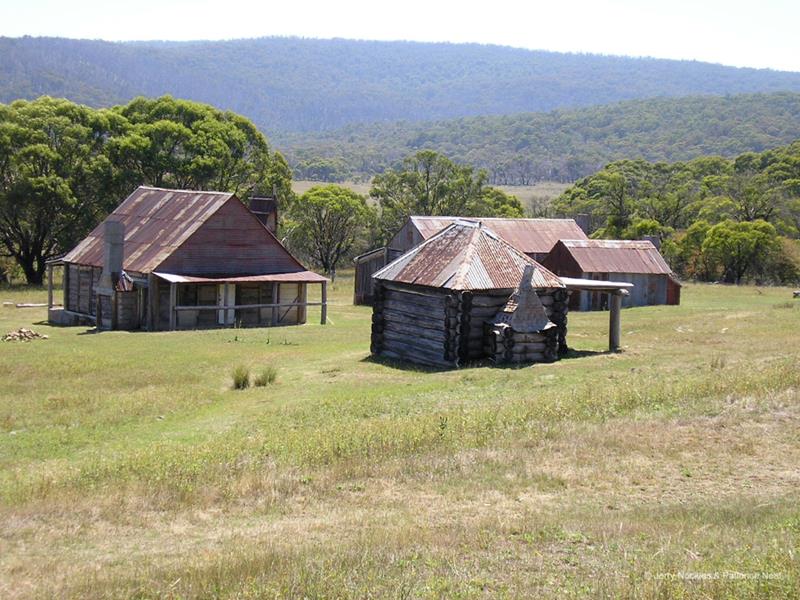 Coolamine Homestead is on the Blue Waterholes Firetrail, off Long Plain Road to the East.

It is one of the most visited sites in KNP, being accessible by car, and having three completely different styles of buildings, now all restored.

The buildings are known as Campbells, Southwells and the Cheesehouse.

Coolamine Homestead has an extensive history. Terrence Murray, owner of the land that the Australian Government House now sits upon in Canberra, first visited these plains in the very early 1939 and that year his overseer, Stewart Mowle established the first homestead on this site.

It was a slab and bark hut and he found the site with help of the local aborigines who took considerable time to help him find their local trails on Long Plain and the surrounds. Long Plain road follows one of the indigenous trails as does the path over Murrays Gap.

The Southwells built the first real house in 1883 for grazing and followed up with the log cheese house in 1889. The builders were Fred Campbell, Fred Southwell and a Mr Franklin.

The second building shown, was the Campbells residence, built in the 1890s for summer use.

The extensive buildings and yards were falling down in the early 1970s, and as the result of a Heritage Commission grant, Bill Boyd and many others restored all buildings (with only one exception) from 1983 onwards.

There are three completely different buildings here. The cheese house is a log cabin. The other two are classic slab and weatherboard homes but with different roofs and wide verandas. Note also the water race coming into the front of the buildings and the dual toilet.