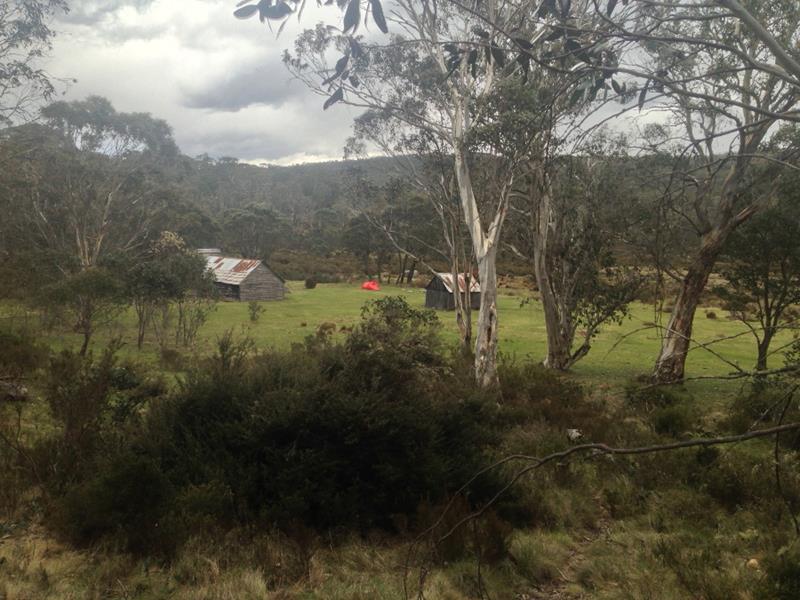 Located on the Tin Mine Fire Trail, about 20 Km south of Dead Horse Gap.

The Barn is the building on the right in this photograph, the other being Charlie Carters.

The Barn has had a varied life being used as a barn or workshed by a variety of parties including the SMA and Charlie Carter.

The Tin Mines barn is a large and interesting structure, with solid posts and a complex roof structure. The shingles are the longest known in the park and about 15mm thick. The weatherboards are chamfered from about 35mm to 12 mm thick. The corrugated iron section of the roof was added many years ago.

The floor is hard clay, and very polished, appearing almost like a wooden floor. The current rustic furniture was fashioned by the current and long standing Caretaker Group, the Illawarra Alpine Club.