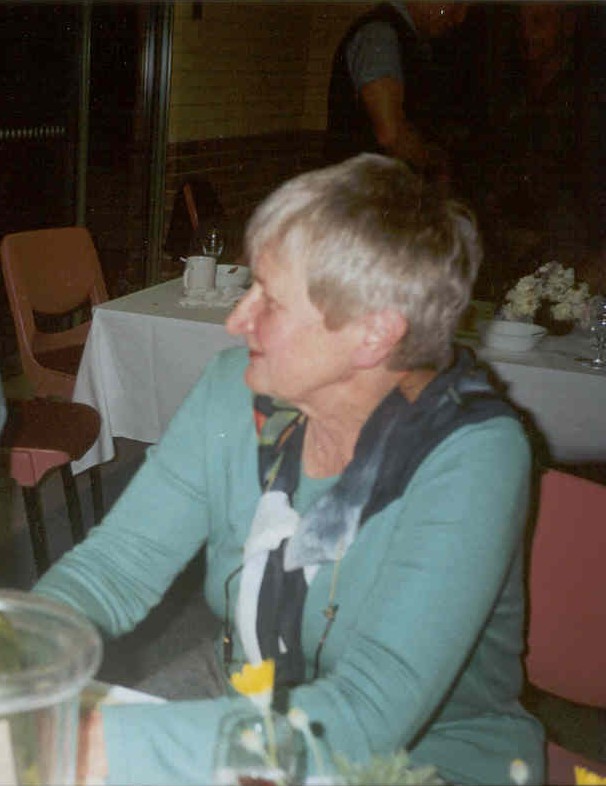 Reet was a Life Member of KHA.

Reet was a prominent bushwalker, skier and photographer. She joined the ski club at Guthega in 1964, had one lesson and continued skiing for most of her life. In 1970, she attended the preliminary meeting of the group, that later became the Kosciusko Huts Association.

Roger Clement asked her to become KHA's first Secretary, when the Association was formed in 1971 and she held this position until July 1974. In that time, she wrote and sent out the Newsletters, compiled the first Huts List, and looked after membership records until the 1980's.

Robin Miller was the first president for two years, followed by Robert Story. Reet was elected the first Woman President in 1976 and held that position for two years.

AGMs were held at Sawpit Creek, but some renovations and change of attitude to the KHA, by the Superintendent, meant that her first AGM was transferred to Jindabyne. It was a heavy meeting, as Moulds Hut had been burnt down, heavily implicating a ranger in its destruction.

The Caretakers were threatening all sorts of retribution and Reet remembers having a job to moderate the forum. This period was especially traumatic, as Harveys Hut had also been destroyed by fire.

During that year, a sub-commitee was set up to celebrate the 50th year of the crossing by Herbert Schlink and a party from Kiandra to Kosciusko in 1927.

When I interviewed Reet, she remembered joining a week long ski trip including Ted Winter. They stayed some time at Grey Mare Hut, from where Ted led them over snow and scrub to Ryries Parlour. Ted had his reservations about having "this woman" along, but quickly changed his mind and referred to her as a "good bloke".

Reet has paid numerous visits to the Hamlet since an introductory trip to Everest with Paddy Pallin, at the end of 1969. She continued to plan trips within Australia and overseas and was an active member of KHA.