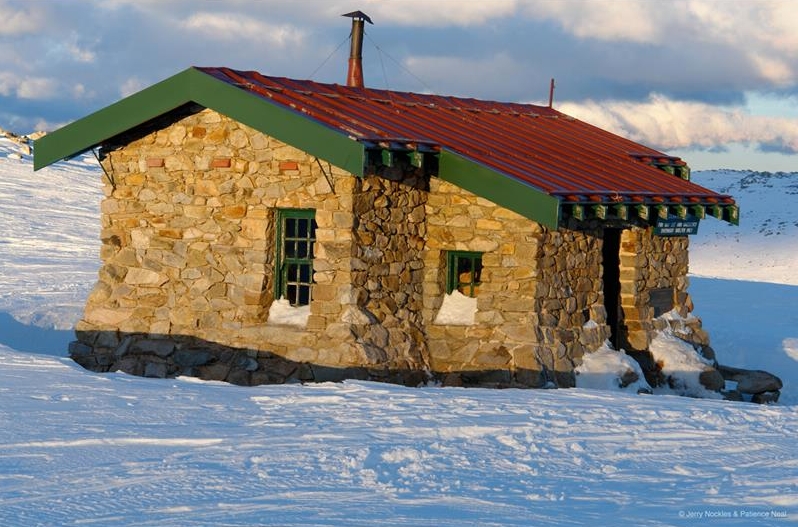 Located on the Summit road, about two thirds of the way to the summit of Kosciusko, above the Snowy River.

This hut was built in 1929 by the NSW Tourist Bureau, having been financed by the American parents of Laurie Seaman. Seaman with Evan Hayes, perished in a blizzard on 14 August 1928.

Seaman was found on 9 September, very near to the current hut site, where he had waited for Hayes. Hayes body was found above Lake Cootapatamba, lying on his skis. The spot is marked by a cairn.

The hut was renovated after a fire in 1938, and has saved the lives of countless people since.

The hut is 7m by 3m in the interior and consists of two rooms. The walls are massively built of granite stones, and lined with fibro. The floor is wooden and the walls are pierced by small windows. A wood stove is installed, despite a scarcity of firewood. The roof is made of flat iron sheets.

Death on the Summit